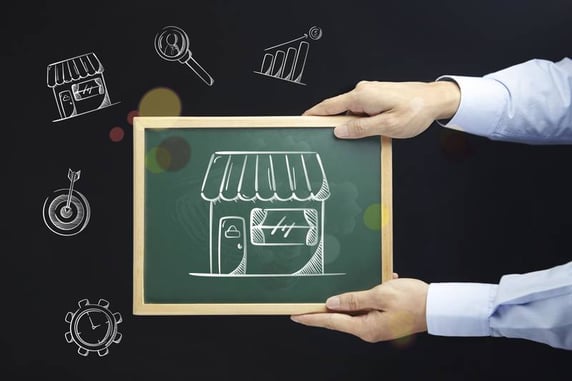 There have been a number of trends in the supply chain that have had an impact on the major retailers in the UK, around the growth in imported goods. The retailers have always sold imported goods, but generally used to take ownership on receipt at their DC’s in the UK. However overseas sourcing has changed in a similar manner to the growth in factory gate pricing in domestic sourcing, and the increased control of the inbound supply chain by the retailer. The establishment of buying offices in the Far East and the sourcing of products direct from the manufacturers and suppliers rather than the wholesalers and middlemen has allowed the retailers to take an increasing level of control of the inbound supply chain.

As more and more products are sourced directly by the retailers themselves from overseas their existing networks of distribution centres have had to evolve to meet the demands on them. The establishment of consolidation centres in or near the ports in the Far East to receive products from the numerous suppliers and to consolidate them into containers has allowed the flow of goods to the UK to be better managed and scheduled.

The existing DC’s in the UK were primarily designed to receive palletised goods and are located to serve the stores. The growth in direct imports in containers has impacted the performance of these DC’s.

The solution to these issues taken by an increasing number of retailers such as Asda Walmart, Tesco etc. is to establish direct import centres at the container receiving ports. These import centres allow the flow of goods to the DC’s to be managed in a similar manner to that of domestically sourced product – i.e. stock is received when required to meet demand, not when it has had to be imported. The citing of import centres at ports is generally referred to as Portcentric Logistics. The advantages of this approach are :-