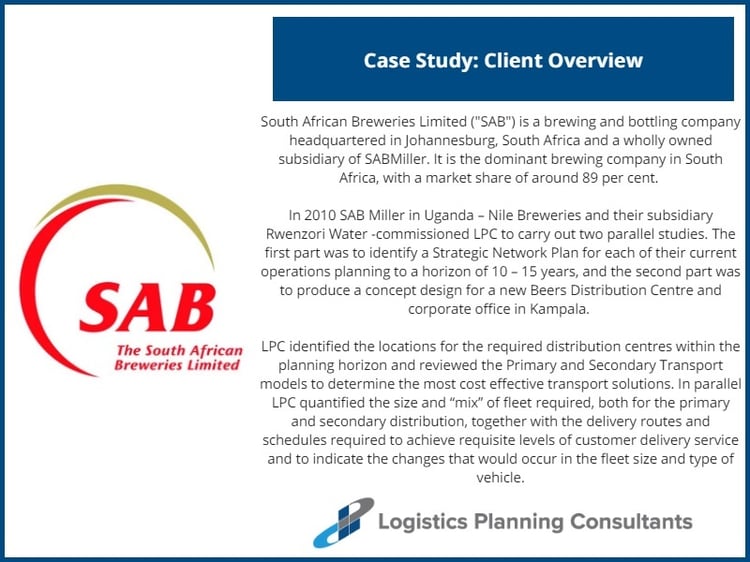 In addition to the Kampala DC LPC quantified the sizes and “mix” of distribution centres required. Concurrently, LPC provided a market analysis to allow SAB to confirm growth predictions by using demographics to compare the population distributions by Districts, for both the Beers and Rwenzori Water, with volume sales by district and identify the theoretical consumption per capita based on the numbers of distributors, population and current sales. 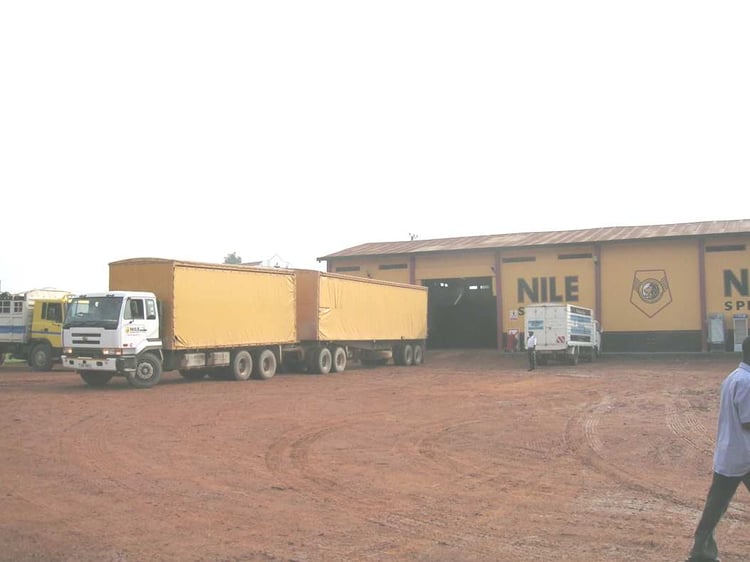 1. 'As is' (as a model confirmation and design base)

2. 'As is' legal (all vehicles within correct load weights – not necessarily the current case)

These scenarios then included the Rwenzori operation modelling a combined beer and water distribution network. When carrying out the detailed design of the new Distribution centre and Office Headquarters in Kampala LPC designed the facility so that it could be built modularly over 2 to 3 years depending on CAPEX availability, and achieved growth. In addition to growth, various other considerations were taken into account when sizing and identifying the building grid for the warehouse itself.

• An Area for on board battery charging

• A separate Distribution Office for the warehouse

For the facility in general, we incorporated other elements required for the facility which could either be adjoined to, or separate from, the warehouse.

• Gatehouse and other security measures

• Gatehouse(s) for vehicles and cars

• Sprinkler tanks and equipment (if required by insurer)

The storage envelope was sized to meet the initial growth needs to 2022 employing block stacking, for circa 6,500 pallets but to be built high enough to implement racked storage as needed in the future to increase to the capacity to 10,500 pallets. 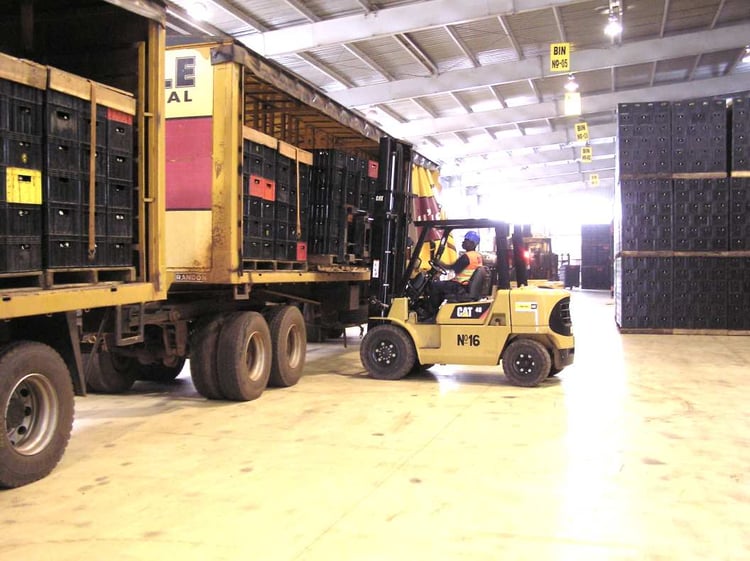 The corporate offices were planned to be built and extended in two phases after the construction of the warehouse. Building and fit out costs were provided for capex along with predicted operational costs for the Kampala Distribution Centre. Also provided were the distribution costs for the modelled scenarios with associated estimated warehouse costs to allow Niles Breweries (SAB Miller Uganda) to complete their business case to meet the predicted growth.